My game and sound stuff

In this project we were given a packet and told to go through the packet and explain how to do everything in it in our blog.

If you have created some awesome tracks that sound really good on their own but their timing isn’t in synch, there is a way to fix that: creating a groove track. The best choice for a groove track in a song is the track that best represents the feeling that you’re going for in your song, a drummer track will usually work but other tracks might work better. This section will show you how to create a drummer track and how to set it as your groove track.

At the top of the screen click Track > New Track then click the drum set, then click create. Doing this will add a drummer to your list of tracks with audio already set up. 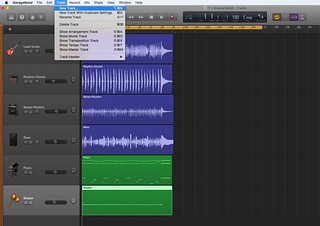 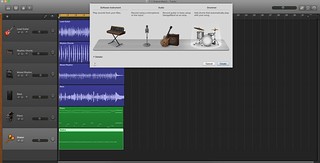 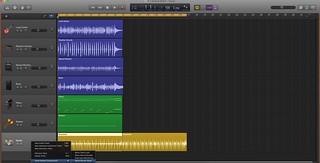 You then want to move the mouse icon over the left edge of the drummer track, a gold star should appear. 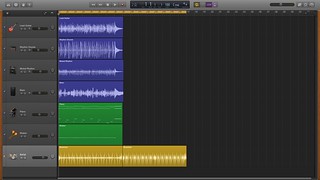 Following the Rhythm of Another Track

Following the Rhythm of Another Track is fairly easy to do. Select the drummer track and in the editor click the box next to follow and select which ever track you want the drum beat to follow. 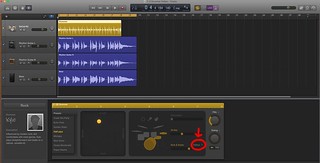 To record a multipass drum beat, you will need to add a new drum track. Once you’ve done this open the keyboard by pressing command K.

The keyboard will allow you to play notes using the computer’s keyboard. For the drum kit each key makes a different percussion sound or a different variation of a percussion sound. When you are ready to record click the red circle button at the top to start recording. 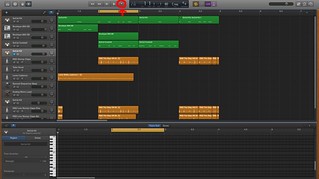 To record arpeggiated drum machine beats, create a new track for a drum kit. Then press B to get the smart controls, now click the button in the top right corner of the smart controls. This will turn on the arpeggiator. Once you’ve done that you’re ready to go. 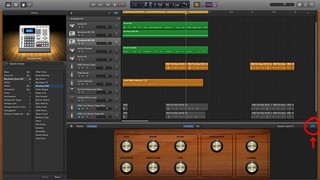 In order for a MIDI region to be loop ready, it must start and end precisely on a measure or a beat within a measure. If you don’t do this then the loop will fall out of time with the other sections. One way to see if a MIDI region is loop ready is to hear how it sounds in cycle mode. If it sounds like a loop when you play the region, then it passes test 1. Press command right arrow key to zoom in until the ruler shows a decimal for each beat of the first two measures.If all of the notes in the region start on a gridline, then it passes test 2. If two tracks aren’t in perfect time, you can fix that. Click the editor button while the region you want to fix is highlighted.

This will open the Piano Roll Editor. From there you can fix the timing using the quantize pop-up menu.

Adding Regions to the Loop Library

When you have a loop ready region just click File > Add Region to Loop Library. The loop library allows you to add any loop in the library to your project.

Working with the Tempo Track

Changing the tempo of a song is basically changing the speed at which the song plays. In order to actually see the tempo track click Track > Show Tempo Track. 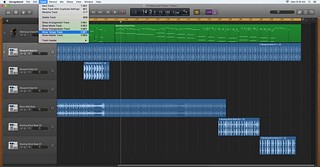 During this project I learned many things. All of the things I learned were stuff that had to do with garage band, for example I learned how to create a groove track and how to make other tracks follow a groove track.